skip to main | skip to sidebar

Welcome to "30 years of Academy Awards for Makeup"

The 2012 Academy Awards (awarded for film year 2011) will mark the 30th anniversary of "Oscar" awarded for "Outstanding Achievement in Makeup."
It seems to me this occasion deserves recognition!
Since the inception of the annual award for Makeup, there have been 29 winning films, 61 winning makeup artists, and 175 nominees.  In addition, prior to 1981, two "Honorary Academy Awards," were presented, bringing the total winners to 30. 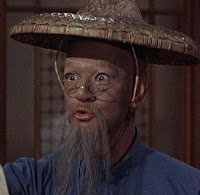 The first of these "honorary" statuettes went to William Tuttle for "The Seven Faces of Dr. Lao"in 1964. I remember seeing this film when I was eight-years-old. Years later, I marveled at the fact that all these characters were portrayed by the same actor, Tony Randall. 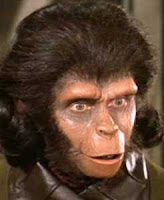 The 2nd golden prize went to John Chambers for "Planet of the Apes" in 1968. Once again, at the age of 12, I was astounded by the fantastic chimp, orangutan,and gorilla characters who upstaged all the humans, including Charlton Heston. 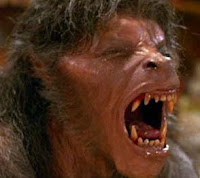 
“Barney’s Version” makeup by Adrien Morot; “The Way Back” makeup by Edouard F. Henriques, Gregory Funk and Yolanda Toussieng; and “The Wolfman” makeup by Rick Baker and Dave Elsey.
Many of my college-aged theater makeup students have never heard of many of these movies. It is my hope this blog will serve as a educational spur to their curiosity and encourage them to find these movies on DVD and see these award worthy makeups from "back in the day."

Over the next year, I'll be looking back over the 30 year history of Oscar's "Outstanding Achievements in Makeup."  I will begin by taking a look at the "Honorary" awards for "The Seven Faces of Dr. Lao" and "Planet of the Apes."  The week following the 2011 awards will begin the countdown to the 2012 awards with the films nominated in 1981: "An AmericanWerewolf in London" by the 1st Oscar winner Rick Baker; and "Heartbeeps" by nominee Stan Winston.﻿
If you would like to follow me on this journey ... you are welcome to come along for the ride!
My best regards,
Gary Christensen
Posted by Gary Christensen at 12:00 PM

Gary began his makeup career in 1977 when he worked for five years as the makeup supervisor for the “face-painting” unit at Knott’s Berry Farm’s annual “Halloween Haunt.” For the “Haunt” he supervised nine other artists painting skulls, monsters, and stylized makeups on 150 Knott’s employees in a 3 hours period (approximately one makeup per artist every 12 minutes). Then, for seven years, he was the assistant prosthetics makeup supervisor for Abel Zeballos applying prosthetic makeup on “Street-ers,” the street monsters for “Haunt.”

During that time, he also began designing Makeup for several professional theater companies in Orange County including: Grove Shakespeare Festival, Gem Theater Company, Laguna Playhouse, Alternative Repertory Theater, and Shakespeare Orange County. He has designed over 50 professional productions. Some of his favorite design include: Julius Ceasar, Macbeth, A Midsummer Night’s Dream, The Tempest, Henry IV, part I, and Seascape. In 1984, he won an L.A. Drama-logue award for his makeup design of “Comedy of Errors” at the Grove Shakespeare festival.

In 1985, he began teaching theater makeup at Fullerton College. He has taught both Beginning Theater Makeup and Advanced Makeup (prosthetics. etc.) In the past 25 years he has taught at: California Institute of the Arts, California State University Los Angeles, Professional Actors Conservatory, Santa Ana College, Irvine Valley College, El Camino College ,and Long Beach City College. He currently teaches at California State University Fullerton, Riverside City College, and Mesa College in San Diego. At these colleges, he has also designed makeup for over 75 productions.

In 1997 at Knott’s, a magazine editor visited the prosthetics makeup warehouse to cover the “Haunt” for his new “Makeup Artists Magazine,” his name of course, is Michael Key. In the December issue Key put feelers out for a columnist to write about theater makeup.” Christensen immediately shot of a letter to Key with samples of his writings. Christensen’s first column was published in the “Titanic” issue (#11-Feb/Mar 1998). He continued as the “BackStage” columnist 13 issues over the next two years (#23-Feb/Mar 2000).